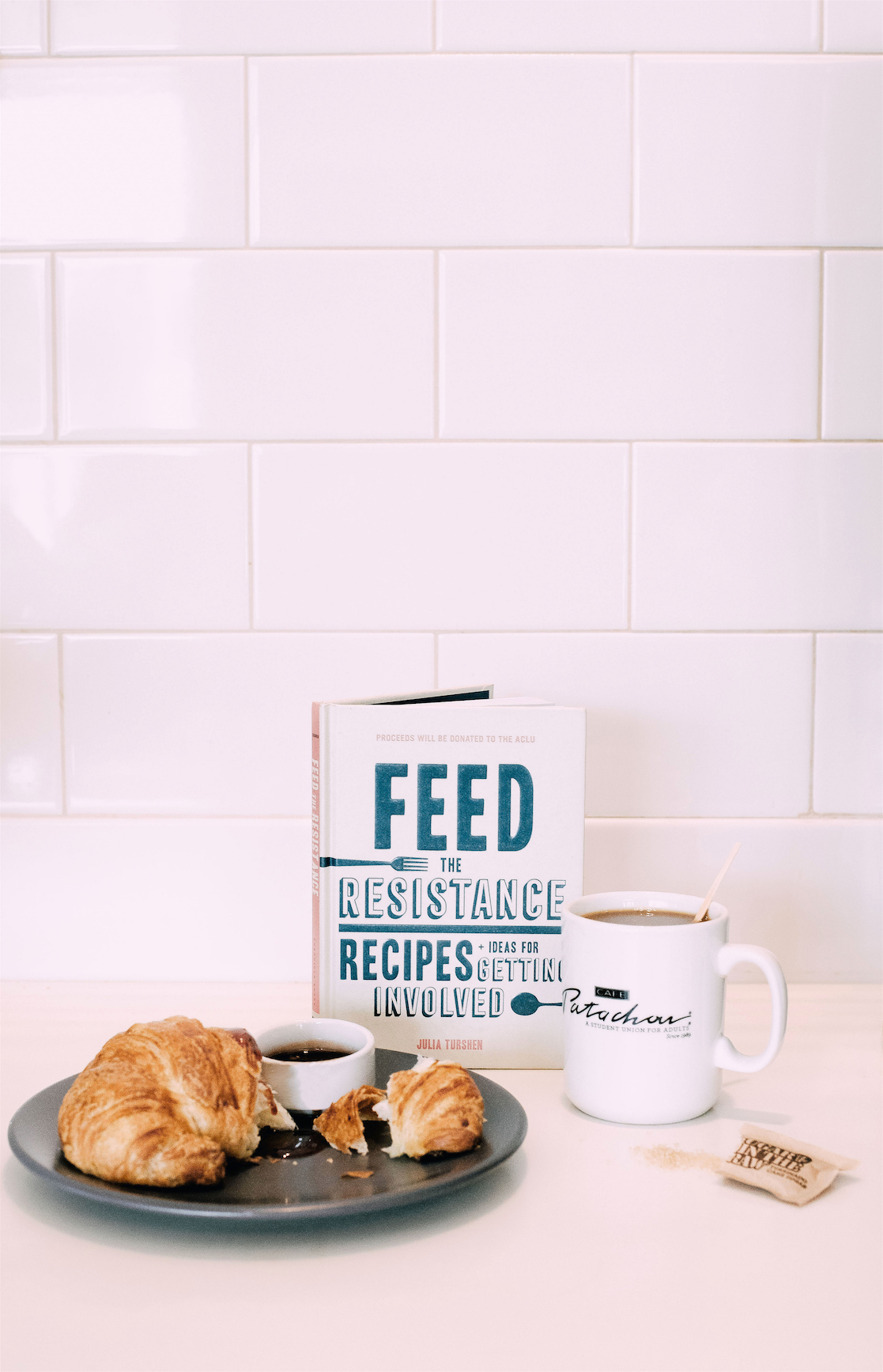 Join us Friday, April 13th (don’t be scared!!) at Cafe Patachou 49th & Penn from 10am – 12pm for a meet & greet and book signing with bestselling author, renowned activist and all around awesome human Julia Turshen. Books will be available for sale and a portion of proceeds will go toward serving food-insecure children in Indianapolis healthy after school meals via The Patachou Foundation.

Julia Turshen is the bestselling author of Feed the Resistance, named the Best Cookbook of 2017 by Eater, and Small Victories, named one of the Best Cookbooks of 2016 by The New York Times and NPR. She has coauthored numerous cookbooks including It’s All Good with Gwyneth Paltrow, and hosted the first two seasons of Radio Cherry Bombe. She has written for The New York Times, The Washington Post, The Wall Street Journal, Vogue, T Magazine, Bon Appetit, Food & Wine, and Saveur. Epicurious has called her one of the 100 Greatest Home Cooks of All Time.