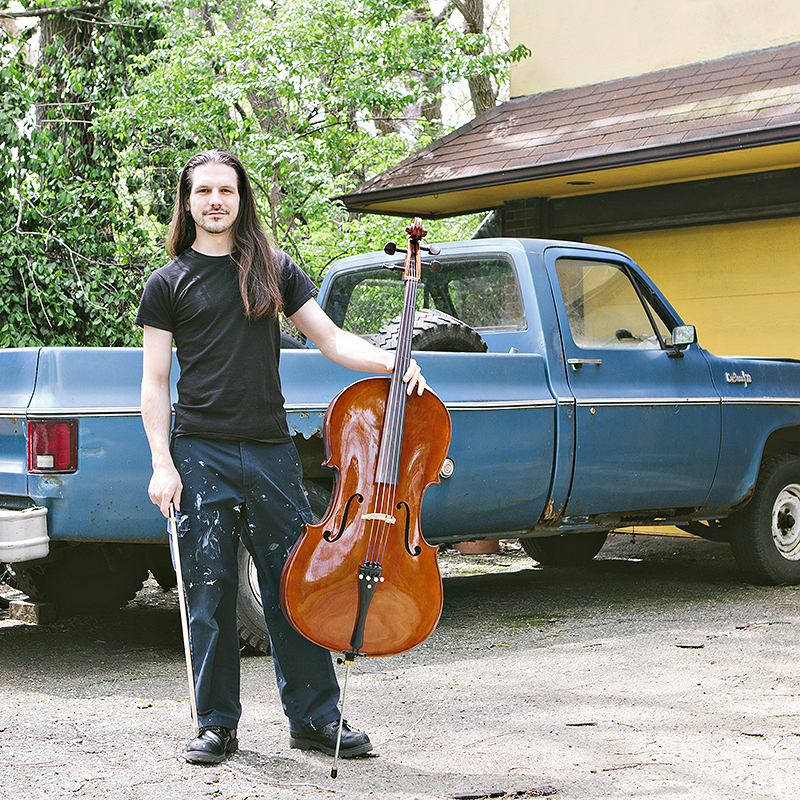 Brad Fouts, Patachou server at 49th and Pennsylvania, is a life-long learner. He turned his television off one night in 2001 and hasn’t turned it back on since, preferring to occupy his time with reading books and doing research on line. He calls himself “the Brad of all trades” which I think is a bit too dismissive of his wealth of raw ability and remarkable talent. He’s a musician, self-taught, who plays the guitar, bass, drums, piano, cello, viola and lap dulcimer; he’s a teacher of music giving private lessons; he’s a sound guy, having mixed in recording studios since he was 15 and in live venues still to this day. He also consults with churches on their acoustics. He calls himself a”maintenance guy” who takes care of the tile repair, drywall, painting, light electrical, antique window restoration and landscaping of the 1908 mansion he calls home. He calls himself a “mechanic” and says he is “pretty handy with tools”. The auto in the photo? Thats the 1974 Chevy truck Brad is restoring. And, Brad does dreadlocks, “I’ve been doing dreadlocks for people since I was 15. I learned the skill when I decided that I myself wanted dreadlocks. I did my own and immediately had people asking if I would help with theirs.I’ve so far done 72 heads of dreadlocks. Some of those I did from scratch. Others have already had dreadlocks and have come to me for maintenance and such. I don’t charge much for my services. Which often gives me an advantage over competitors. People usually find me by word of mouth, from friends.I also find people that have really messy looking dreads and help them look more refined”. And, speaking of hair, “People talk to me about my hair all the time! They want to know how I got it so long.. Or what I do to keep it so healthy looking. For starters, I only wash it once every three or four days. And after I wash it, I use hair oil to replenish all the oils I’ve just washed out. I also never blow it dry. Doesn’t take a lot of work.. Or a lot of fancy product. I buy hair oil in the African American section of the beauty shop. For keeping braids from drying out. All natural oils like coconut and hemp oils.I try to stay away from petroleum based products, as it tends to draw too much heat from the sun and kinda cool it. Other than that, I’ve got Native American blood in me, so my hair is pretty thick.. And dark. That part I can’t claim credit for.. I blame my mother…” He may blame her, but I am giving Mrs. Fouts serious props for creating the perfect Renaissance Man. Ladies and Gentlemen, meet Brad Fouts. -MSH #PatachouPeopleProject