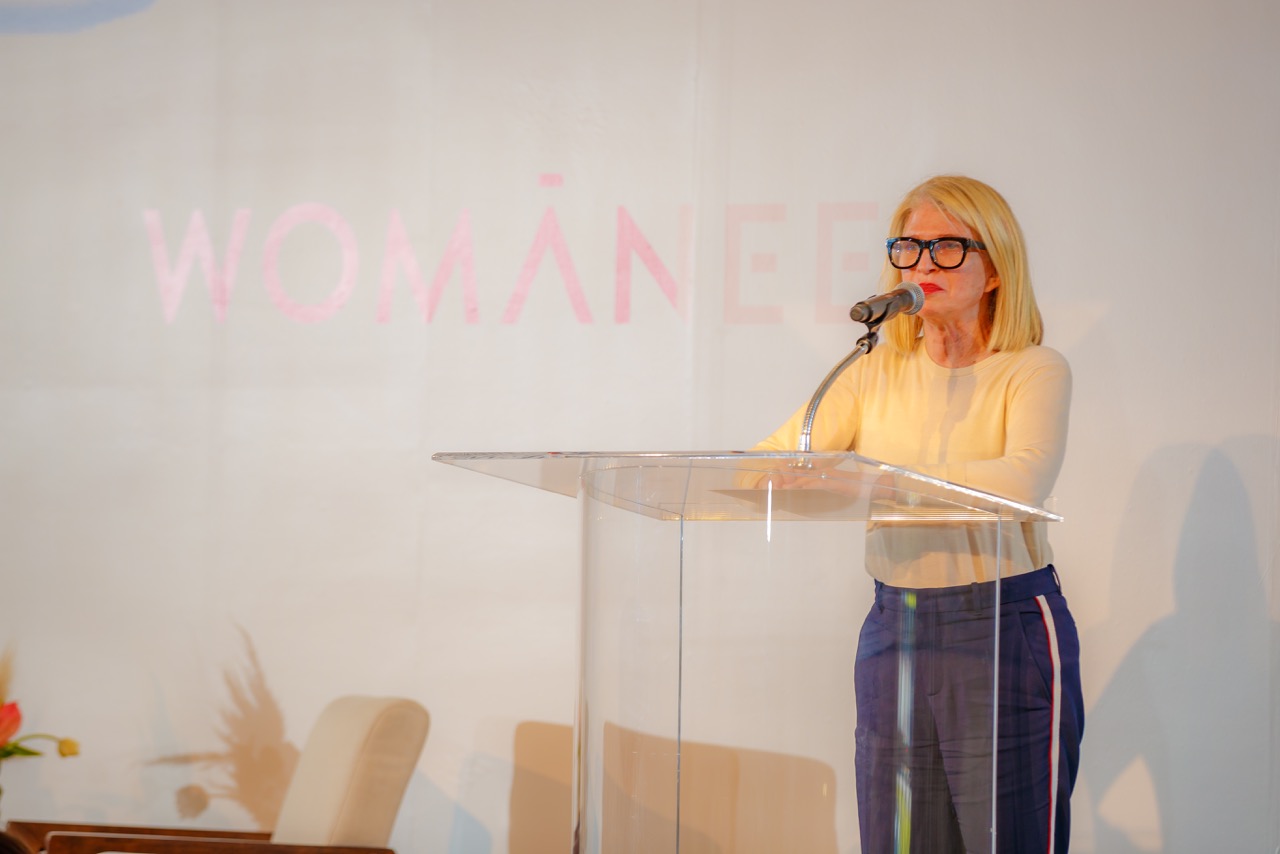 MyDomaine has selected Martha Hoover as their first Womaneer community nomination. The Womaneer award recognizes a woman who defies societal norms with heroism and tenacity to become a pioneering voice in her field. This October, MyDomaine honored Martha and nine other female pioneers for their groundbreaking work at the inaugural Womaneer Power Lunch in Los Angeles.

Thank you so much. I am so excited to be here. First off, it was 33 degrees in Indianapolis when I left home. Secondly, there is this huge billboard right on Sunset right in front of my hotel that states “you say witch like it’s a bad thing”; thirdly I am surrounded by two incredible members of my team, and my sister, all strong powerful women themselves and lastly, I have been named a Womaneer by My Domaine, which just blows me away.

Women are in a very interesting position right now.  Lena Waithe, the first African American woman to win an Emmy for comedy series writing, was featured in this week’s New York Magazine feature on powerful women where she stated we are “in vogue and are the culture” and although she was speaking about women of color specifically, I think her comments could apply to women in general. Certainly, “there has never been a better time to be a woman”. True confession, that is someone else’s quote, not my statement. Another true confession, I spend an embarrassing amount of time in my off hours in bed watching Netflix. As frivolous as that sounds, occasionally I watch something worthwhile including the fabulous documentary The Ascent of Women by gender historian Amanda Freeman. Freeman opens her multi part documentary with the very quote “there has never been a better time to be a woman.”  Well, she had me at “hello.”   Freeman’s second line in the series?…  “there are more female heads of government and more women leading organizations and running businesses than at any other time in history.”

We are currently witnessing an unprecedented unraveling of cultural narratives that have kept women in the footnotes of history, on the side lines of politics and out of the C-suites in corporate America, hanging somewhere between the cult of domesticity and the modern age of gender equality. But, somehow I feel as if I have been here before.

I graduated from college in the seventies, at a time when the women’s liberation movement was front and center. I witnessed the formation of the National Organization of Women, its sponsorship of The Equal Rights Amendment, the Women’s Strike for Equality. I saw the launch of MS Magazine, read the works of Betty Friedan and Gloria Steinman, and, probably most importantly to a soon-to-be although somewhat reluctant law student, I read and applauded the historic Roe vs Wade decision. Even the television shows I watched during my college years-shows like The Mary Tyler Moore Show, Marlo Thomas’ That Girl, Alice- were liberation themed showing for the first-time on television main characters that were independent women in charge of their own lives.
I left the comfort of higher education with the impression that I had equal opportunity in the world and that my gender would define me without also defining my limitations.

After graduating from law school, I fell into a job as a sex crimes prosecutor in the newly formed sex crimes division of the Marion County Prosecutor’s Office. The sex crimes division came on the heels of rape being legally defined as a violent crime. If ever there was a more transformative period of my life, this was it. Being part of an all-women department given authority and power to redefine the way the justice system classified women and children was almost a religious experience. There is probably no one here who hasn’t seen at least one episode of Law and Order SVU, with its scenes of sex crimes cops and prosecutors busting open doors to a perp’s seedy NYC apartment. Well, truthfully we never referred to suspects as “perpetrators” let alone “perps” but that was us except we were busting open the doors of the courtrooms, of emergency rooms, of police stations making sure that people in charge understood that women and children were worthy of protection against predatory behavior.  Having never before been in a police station, let alone an interrogation or courtroom hardly stood in my way of acting like I knew what I was doing-which actually was perfect practice for marriage, motherhood and the opening of my first restaurant.

I opened my first Café Patachou in 1989, never having worked in a restaurant. I was not a trained chef; I had no formal business training and I had never supervised any staff. I opened my first café not knowing that I was pregnant with my third child. What should have been a complete recipe for disaster, 29 years and 14 restaurants later, is a formula that seems to have worked. And, because it’s Patachou, where we go through nearly 25,000 farm fresh, free range mostly organic eggs a week, everything is referenced by “eggs” and because we are a women led business-we don’t have a lot of balls flapping around in the air, we have a lot of “eggs “in the air. For a little over 29 years, I have spent my days making sure that all of the eggs stay up there and figuring out what to do when one or two of them falls on the floor.

But opening a restaurant in 1989 was the easy part. The real challenges have been creating and maintaining a business culture that was entirely free of any influences of the prevailing male-dominated restaurant world.  There were additional challenges of the outside culture: customers, bankers, media, awards organizations-who supported the notion that women in the industry were just not good enough-good enough to champion, good enough to lend money to, good enough to write about or good enough to give awards to. In 1989, I believed that my restaurant, like all other restaurants, would be judged based on its food, service and atmosphere. Never did it occur to me that my restaurant would, particularly in the early days, also be judged based on my gender. Here I was running a serious enterprise and there were people who assumed I was a hobbyist. Meeting with real estate brokers, heads of construction companies, especially as I began expanding Patachou’s footprint, were tremendously frustrating experiences for me. Proposals and estimates went directly to my husband who has always been remarkably supportive but extremely uninvolved in my business. An owner of a construction company interrupted me mid-meeting to tell me to smile.

We as women have always expected a lot of ourselves; now we are justified in expecting more out of others including our communities, our businesses, our schools and our institutions.  We have to do better, we have to expect more.

Patachou succeeded because it embraced diversity, inclusiveness and opportunity for all from day one. Patachou is not immune from the outside challenges and we too operate with the same pressures of our local market. There are many factors outside of our four walls that we cannot control.  It is what we do control that has allowed Patachou to differentiate itself and to grow and prosper. From day one, we refused to adopt industry norms: we made food differently, we treated people differently, and we treated our community differently. Patachou’s norm busting values not only defined our company culture early but it did so without sacrificing quality of food, quality of staff opportunity, quality of our customer experience.  Our norm busting values strengthened our commitment to product, people and place.  And, addressing the industry’s main challenge: Patachou has attracted and retained staff. It should not be seen as disruptive to create inclusive leadership and career opportunities for those on all rungs of the ladder.

Today we have an executive team that is 90% female, a leadership team at the restaurant level that is 50% female. Our Director of Operations is female, as is our sommelier, our in-house farmer. We have managers who started off as bussers, lead concept people who started off as servers. The Patachou Foundation’s Executive Director was just recently recognized as 30 under 30 in Philanthropy by Forbes Magazine; last year he met with members of United States Congress regarding farm and school food policy. Last month he and I had breakfast with one of our US Senators to discuss food insecurity in our state. He started off as a part-time host. Our production kitchen employees 6 cooks, three bakers and two delivery drivers. It is in operation 7 days a week, nearly 20 hours a day. It is co-directed by a woman, who started off as a receptionist, and a Hispanic man who started off doing prep work, part time.

But, critically important, the men in our organization add to, benefit from, and participate in the Patachou culture as much as the women do. I knew that my daughters would likely be feminists: to paraphrase poet and author Maya Angelou: they are females, they’d be stupid to not be on their own side. But, I made sure that my son understood his responsibility and role, too, to be a champion for gender equality. I would be a hypocrite to not ask that, no —I’d be a hypocrite to not demand that, to not expect that of — all the men in my personal and professional life. They must be champions for gender equality.

I think that is what happened after college and law school for me. I expected a lot of myself, but maybe not enough of others. Allowing any narrative that devalues, marginalizes, stigmatizes women, people of color, non cis gender people to exist is bad for everyone-after all the story told is not just stale, it is rancid-perhaps because there are just too many broken eggs on the floor for us to ignore. 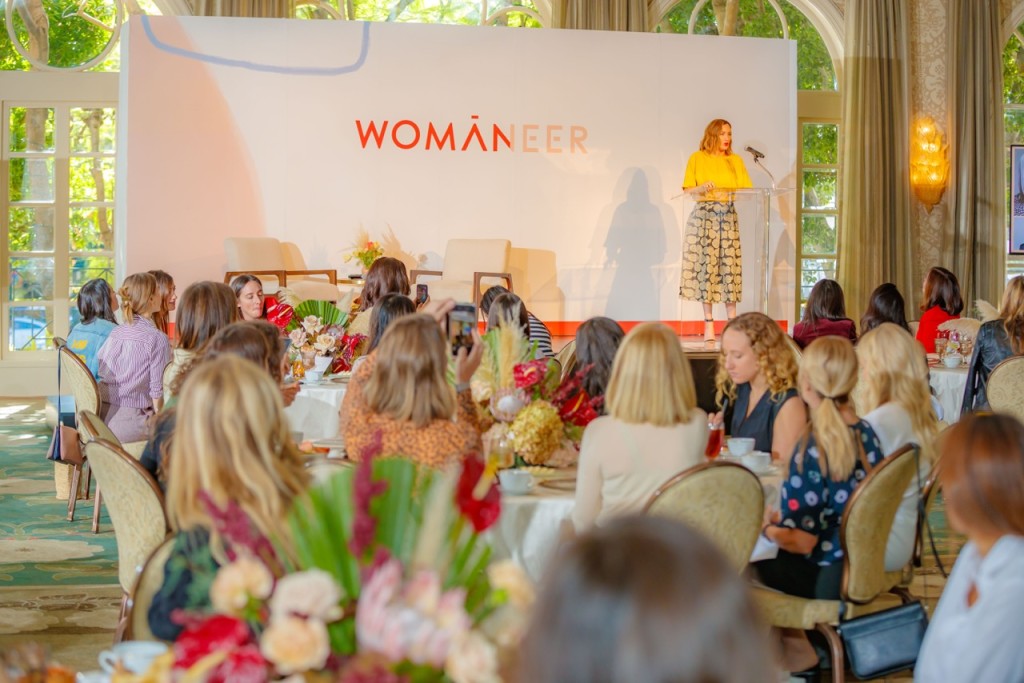 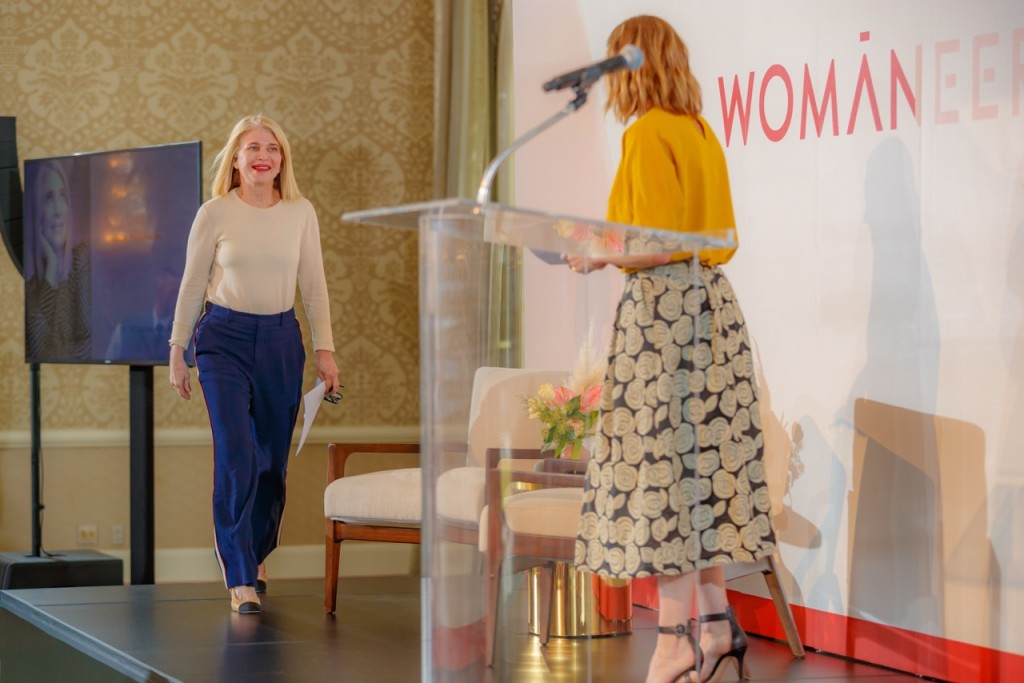 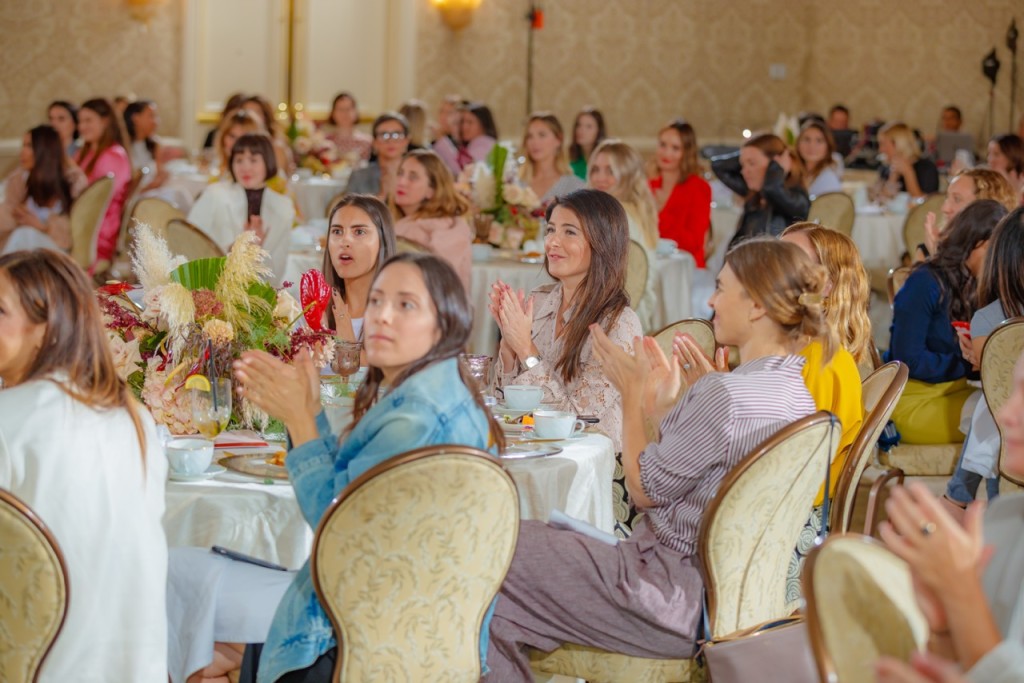 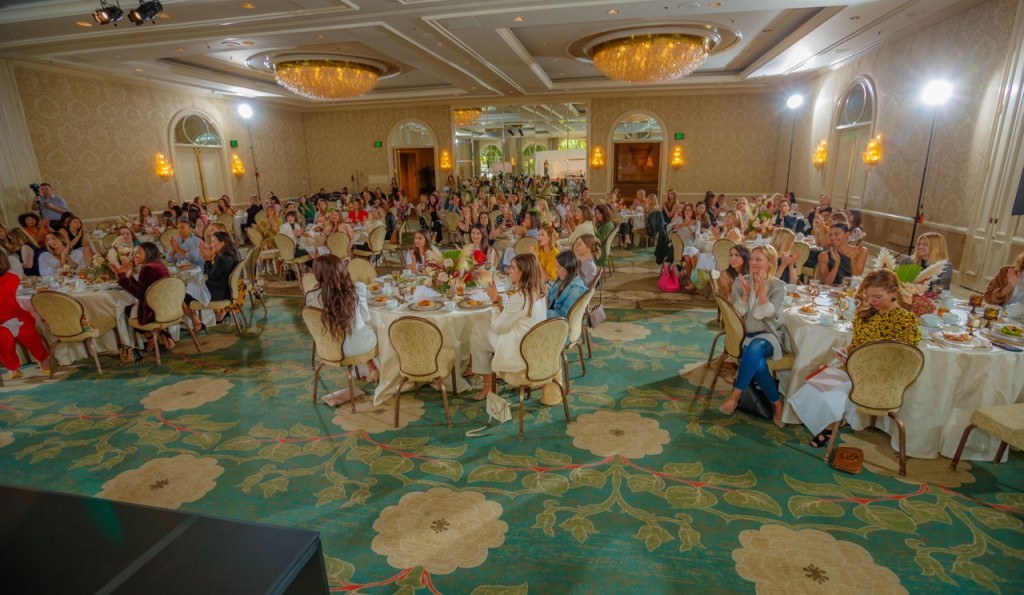