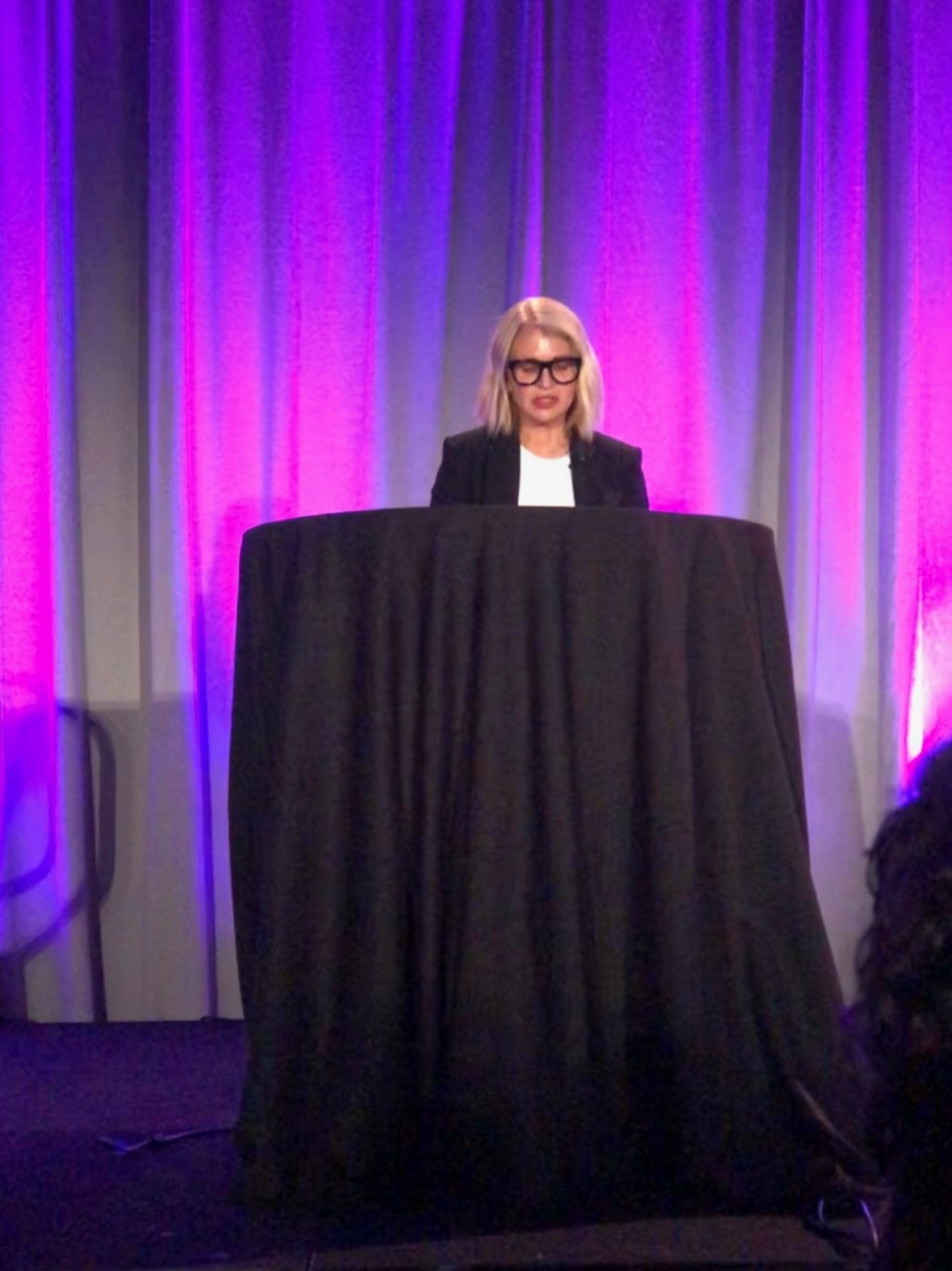 I want you to imagine something: an independent restaurant group with 15 locations in a midwestern town that employs approx. 400 people. All employees are paid, at a minimum, livable wages, and have opportunities for upward career paths. This restaurant group puts as much emphasis on and resources toward employee experience and community payback as it does regarding its food sourcing and customer experience. It supports more family farms than all the other restaurants in its city do, combined. The proper and respectful use of gender pronouns is part of its extensive mandatory inherent bias training. Employees have health insurance that is augmented with a 24-hour/357 days a year access to emergency and free legal, emotional or financial counseling. They are offered a 401K plan with a company match and a company seeded emergency fund administered by staff to assist their colleagues in times of financial hardships. The restaurants compost, recycle, upcycle; plastic water bottles have been banned for over 6 years and straws have been banned for over a year. It has two organic micro-farms managed by its in-house farmer who happens to also be the company’s beekeeper and is a woman. 100% of the profits from one of its concepts is funneled to a foundation that feeds nutrient-dense, homemade meals to children in its community who face pervasive daily food insecurity. And, when its state legislative body tried to enact legislation that would allow businesses to deny service to those in the LGBQT community, it was the first company to raise its voice so loudly and publicly by taking out, among other steps, a full-page ad in its city’s sole daily paper denouncing the legislation.

Pipelines of career opportunity are created for employees on all rungs of the ladder. A part-time host moved into a position with its foundation and last year met with members of the  US Congress re farm bill reform; a server is now working as an assistant director of human resources.

This is not some post-#metoo fictional utopia. My name is Martha Hoover and I just described Patachou, the Indianapolis, Indiana restaurant group that I created in 1989, having never worked in a restaurant and not knowing that I was pregnant with my third child. If I could do it then and there, all of us can be doing it now. Patachou is proof that you can build an inclusive, positive value-based business culture without sacrificing profitably. And, Patachou is proof that an organization can grow and prosper without the exploitation of the people who make its success possible. I maintain that it is easier to build an inclusive culture than it is to try to correct ones that are inherently and insidiously flawed.

We have seen the explosion of local restaurants in every community across the country, we respect food and chefs more now than ever before. Entire offshoot industries have been created as a result of this new interest in the food world: food media, food publicists, the food television, food bloggers, food conferences. Just this weekend I was in NYC participating in Cherry Bombe Jubilee; a sold-out, single day women in food event where people paid $400 per person to attend. In the United States, nearly 15 million people are employed by restaurants meaning that one in ten working Americans work in the restaurant industry; and there are now over 1 million restaurant locations in the USA.  Restaurant sales for 2018 hit 815 billion dollars and that number is expected to grow to 850 billion dollars this year. And, based on those data points, you would say in anyone’s universe that is a lot of money and that the restaurant industry is robust and where can I sign up.

Yet, there are challenges to the restaurant world. Ask any restauranteur in this city or in any city and they will tell you of their universal challenges: Mind-blowing levels of competition, historic high rents and construction costs; operating costs that are compressing profitability; customers with limited attention spans with relentless need for the new; the infusion of mega venture and investment dollars and, significantly, the ability to attract, train and retain talent.

But, the industry’s biggest challenge? It’s near universal lack of inclusion. Patachou is not the norm, and it should be.

Women, people of color and immigrants occupy the bottom rungs of the restaurant industry in far greater numbers than their white, male counterparts.  Fortune Magazine cites that women and minorities get the worst jobs in this industry and according to a report from the Restaurant Opportunities Center United, a labor advocacy group:

And while equity or venture capital is not the sole ways to raise funds, they are a barometer of how our society values and supports women entrepreneurs.

Food journalists, award organizations and publications disproportionally reward and report on white male members of the industry over women, people of color and immigrants. The New York Times published an article nearly five years ago that is still being discussed by the industry. The article was on top chefs in the US and the growing food scene. It failed to mention one female or one person of color. The James Beard Awards only recently began to include women and people of color as nominees in any noticeable manner. Immediately after the 2016 top 50 restaurants in the world list was released, Eater, the most prominent food culture blog, asked this question:

What’s wrong with the World’s Best 50 List? Their sarcastic answer: Nothing for a guide that almost entirely overlooks an entire gender.

The restaurant world is challenged by the lack of equity, but it does not stand alone. There are similar challenges to educational institutions, there are challenges to our businesses and corporations and in the non-profit sector. I’m just talking about the binary world of male and female.  We aren’t even taking into account any information on those that define themselves as non-binary and we are not taking into account any information on people of color.

Women have not moved up to positions of prominence and power in America at anywhere near the rate that should have followed. In a broad range of fields, their presence in top leadership positions—as equity law partners, medical school deans, and corporate executive officers, including positions of leadership in non-profit sector—remains stuck at 5 percent to 20 percent.”

From the Women’s Leadership Gap Center for American Progress article:

Overall, there is an enormous gap between the fortunes of a small number of prominent women at the very top of their fields and the vast majority of women nationwide. A gulf is widening between American women and their male counterparts.

Having challenges has not dampened my love of the restaurant industry. It has made me want to make it better. Patachou has been a disruptive force since 1989. The restaurant industry is as ripe for disruption and innovation as it was in 1989 when Patachou first opened its doors. Disruption then came in the form of serving real turkey on homemade bread. Today we need to be more and do more.  It is not disruptive to simply open new restaurants in old buildings in transitioning neighborhoods or in new developments off of highways; And, likewise, disruption has to be more than lobbying to be the next great food city. Growth for the sake of growth borders on pure vanity that ignores purpose and makes only short-term changes in lives.

Patachou has lived a reality that profitability can exist without exploitation of the people who make success possible. Profitability can also exist while giving people on all rungs of the ladder opportunities for career advancement and wealth enhancement. If Patachou can achieve this for 30 years, I think that others can too. SO what does it mean to truly have a healthy work environment? Start off by bringing current leaders into this conversation, particularly the men in our lives.  I expected my daughters to be feminists, after all, as Maya Angelou stated: they are females, they would be dumb to not be on their own team. But I also expected my son, along with the men in my life, to support equal opportunity for women. I expect that from the men in my organization too. And, let’s examine our own behavior so that we better support women without giving into our own inherent biases that judge people based on their bodies, their style of dress, their sexual identification or for the choices they make re caring for family. Being a champion for people while giving them opportunities for success is the very definition of inclusion. —MSH