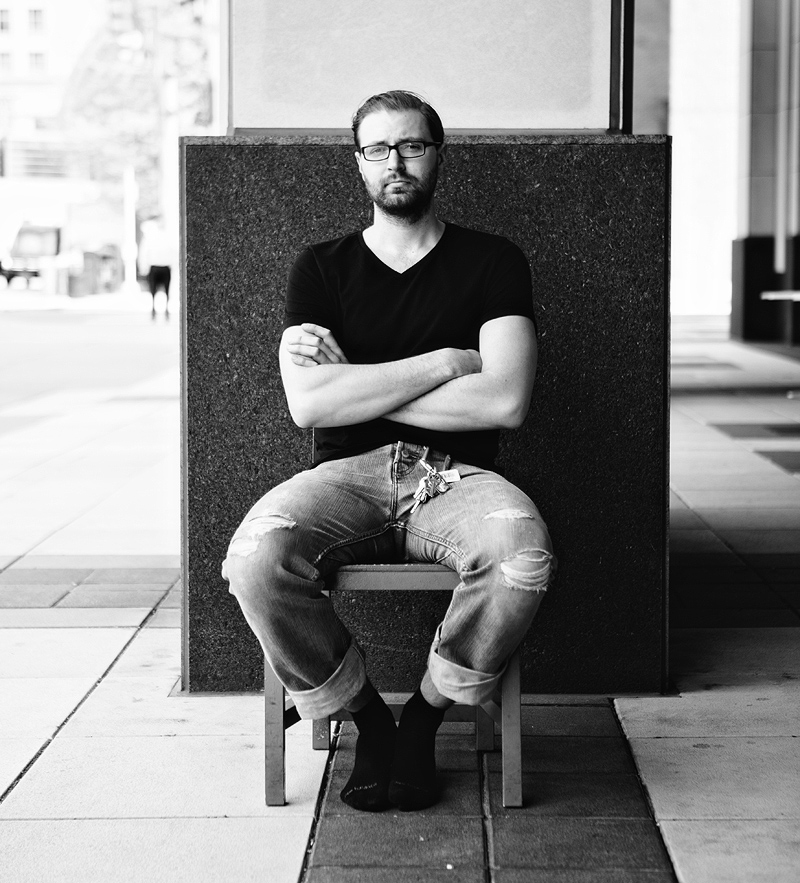 At 6 feet 5 inches, Blake Leonard, server at Patachou on the Park, is hardly our little drummer boy. Growing up playing guitar, he hid his passion for drums until one day in high school when the opportunity to steal -his admission not mine-his father’s Tubano presented itself. That simple act of intra-family deceivery culminated with a gift from an uncle of an actual drum set. Says Blake, “I have been building on that kit since then”. Thanks to his uncle’s gift, Blake has been playing drums with a variety of bands around Indianapolis over the last three years, settling in as drummer for Prowlers & The Prey. “Prowlers have been playing together since November ,2014, and it came about in October when two groups of mutual friends met and played together at a house show in Rocky Ripple. A trio I play with showed up and played some original tunes and the like minds clicked. We are a sextet consisting of bass, drums, piano, three guitars, banjo and vocal harmonies. Male and Female lead singers and the array of instruments give us the potential to play a wide range of styles, and we feel diversity is a strong suit. As of now I would describe us as a Rock band with Blues & Folk, and Singer/Songwriter elements but we are changing with every new song.” The band is recording an album in May, and prepping for some big shows coming up at places like HiFi(May 9th), The Virginia Avenue Folk Fest (May 10th), along with Birdies on May 15th. “Playing with different groups, and especially with Prowlers &The Prey, makes me feel like I am contributing whole-heartedly to the underrated music scene that is Indy!” World, meet Patachou’s BlakeLeonard. – MSH #PatachouPeopleProject